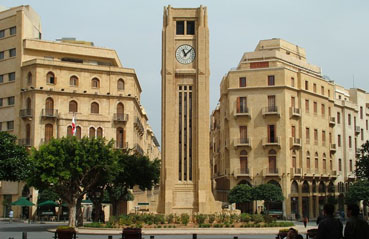 Beirut, with its million-plus inhabitants, conveys a sense of life and energy that is immediately apparent. This dynamism is echoed by Capital's geographical position: a great promontory jutting into the blue sea with dramatic mountains rising behind it.

A city with a venerable past, 5,000 years ago Beirut was a prosperous town on the Canaanite and Phoenician coast.

Beirut survived a decade and a half of conflict and so has earned the right to call itself "the City that would not die". The Lebanese capital enjoys a vigorous press that publishes in Arabic, English, French and Armenian. Five Universities help keep ideas and innovations flowing.

The flourishing art scene, including theater, film making, music and plastic arts adds to the sense that is indeed a city on the move. Its many advantages also make Beirut a natural venue for international, regional or local conferences and conventions.

Beirut's Port, the largest in the eastern Mediterranean, is equipped to handle tens of freight and passenger vessels.

Further updating of its busy facilities will be made as part of Lebanon's general reconstruction plan. Beirut International Airport, which serves the national carrier Middle East Airlines and numerous foreign airlines, will have an annual capacity of six million passengers by the start of the 21st century.