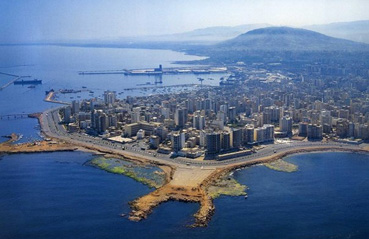 Tripoli (Trablos), 85 kilometers north of Beirut, has its own special character thanks to its historical wealth, relaxed lifestyle and thriving business climate, this is a city where modern and medieval blend easily into a lively and hospitable metropolis. Known as the capital of the North, Tripoli is Lebanon's second largest city.

Forty-five buildings in the city, many dating from the 14th century, have been registered as historical sites. Twelve mosques from Mamluke and Ottoman times have survived along with an equal number of "madrassas" or theological schools. Secular buildings include the "hammam" or the bathing-house, which followed the classical pattern of Roman-Byzantine baths, and the "khan" or caravansary.

The souks, together with the "khans", form an agglomeration of various trades where tailors, jewelers, perfumers, tanners and soap-makers work in surroundings that have changed very little over the last 500 years.